Last week as researchers Arthur Scully and Travis King with Washington State University (WSU) entered the field to check their remote cameras in the Kettle River Mountain Range as part of a large-scale, multi-year collaborative wildlife monitoring project to photograph Canada lynx in this remote part of Ferry County, Washington, they hit gold.

Four images of an individual lynx walking past the camera in the middle of the night on August 17th confirm once again that northeast Washington’s Kettles remain active lynx country. And the photos add momentum to a conservation initiative to recover and maintain this transboundary population we share with British Columbia.

“These images are significant because it gives us definitive information that lynx remain active in the Kettles,” said Dan Thornton with Washington State University.  “The Kettle River Range was historically an important region for lynx, but it has not recovered from historic over-harvesting. Our work complements efforts by other groups aimed at understanding the distribution and movement patterns of lynx in our transboundary landscape to inform conservation and recovery.”

Learn more about the Working for Wildlife Initiative, a collaborative effort to protect wildlife habitat, working lands and natural heritage in the diverse landscape of the Okanogan Valley and Kettle River Mountain Range.

One of five wild cats native to North American, lynx are considered threatened under the Endangered Species Act in the lower 48 states. Washington is home to one of the last Canada lynx populations remaining in the western United States, where their range includes the North Cascades and Loomis State Forest extending east to the Columbia Highlands, including the Kettle River Range and Selkirk Mountains.

In 2014 under the leadership of National Fish and Wildlife Foundation and a suite of other partners, Conservation Northwest formed the Working for Wildlife Initiative to restore and conserve the linkage between the Cascades and Kettle River Range for lynx with a goal for robust populations and intact habitat on either side. The collaborative Initiative between conservationists, state and federal agencies, Native American tribes, and local conservation districts also supports other wildlife from mule deer to sharp-tailed grouse.

With the support of this initiative, public and private scientists (including our own Citizen Wildlife Monitoring Project) established a remote camera research effort in both the North Cascades and the Kettles to document the presence of lynx and increase our understanding of these populations. The images captured by the WSU researchers in August are the first concrete evidence of Canada lynx in the Kettle River Range from this effort.

“The Kettle Range contains vast tracts of prime lynx habitat and a long history of lynx presence,” said Dave Werntz, science and conservation director at Conservation Northwest. “Lynx are routinely observed in the Kettles but rarely photographed, so these images are exciting.”

Check out more photos of the Kettle Range lynx below! Cameras remain in the woods until snowfall this year, so stay tuned as we await their results. 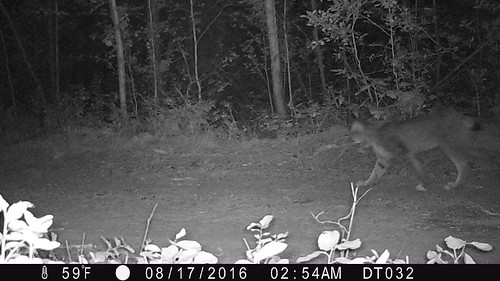 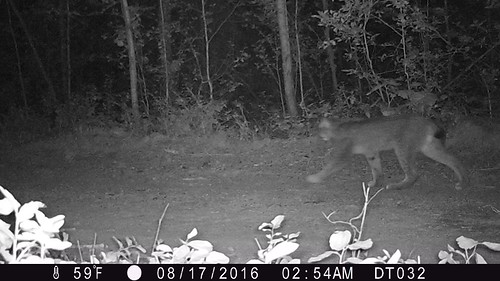 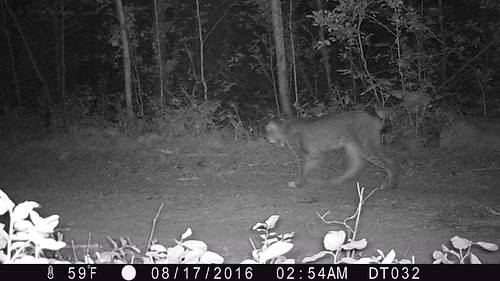 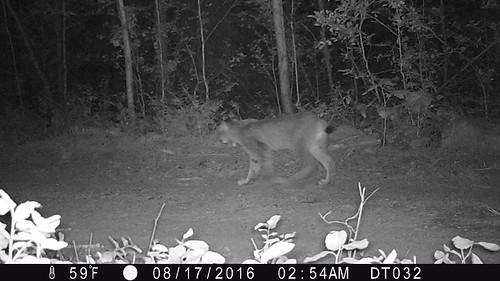